have you always wanted to start trying out network automation tools like Ansible? Where do you start ? Today I will show you how to start with Ansible in a practical scenario to get your feet wet with this topic. You can learn network automation while learning for your CCNA to make your own automated labs. This will gain you valuable knowledge for your future. You will need EVE-NG (open-source) for this tutorial. I will link you to sources where to go after the tutorial to gain more knowledge about Ansible since teaching the concepts of Ansible will exceed the frame of this blog post.

Now you will create a new EVE-NG Lab and will add a Linux-Ubuntu Server. You need to add now the other devices from the network-topology too. These are two cisco routers, one cisco switch, two virtual PC´s. Finally you need to add a network and select ManagementCloud so that it is bridged to your home-router subnet for the Internet connection. Connect the devices like in my network-topology. The ubuntu-server will get automatically a IP from your DHCP-server.
Start up all devices. We have to configure only the two routers on one interface and to allow ssh, so Ansible will get acces to the devices to push the configurations to it. Set here static IP-adresses out of your home-router´s DHCP address-space.

We will configure now a initial config to each Cisco Router so we can push configs to them and configure automatically the remaining things. You have to do this then for the Router-Paris too and configure the correct IP-address. The Gi0/0 interface will get a static IP, SSH will be enabled and the SSH-User ansible with password ansible will be created.

Initial Configuration for the Router-Berlin:

Now on the ubuntu-server I recommend you to do these following steps to update the system and to enable SSH. After that you can use your favorite SSH-Program to access the server.

Default login credentials for this image:

Now we will install Ansible with the following commands and verify the version at the end.

Add the Berlin and Paris router to the local host-file on the ubuntu system so the FQDN will get resolved immediately. Add these two lines text into the host-file with the command nano /etc/host

Confirm working SSH-access by connecting to the router.

Download the ansible-networkautomation folder on my Github and upload it to your ubuntu-server to the path /etc/ansible (not the readme-file) with your favorite file-transfer program. I recommend WinSCP for this task. Here you can find playbooks and a hosts-file. In the playbook we define what we will configure and in the host-file we define which device we configure and what way/connection-type we use for it. If you used different IP-addresses than me, you have to edit the file /etc/ansible/hosts with your IP´s. The file-structure should look like this when you are done.

Finally we did all the preparation work.

We can finally push the configuration to the two routers to reach our goal and without manually executing commands on the routers.

If you want to execute an Ansible-Playbook to execute a change, you just need the command ansible-playbooks yaml-filename.

Wuhuhuu!! We successfully configured automated the other router interfaces and added a static route to the routing table.

In the final step we will confirm the Ansible configuration by connecting to the devices and checking the current configuration.

Ping from PC1 to PC2

We can confirm that everything was successful configured.

Where to get more information about Ansible

Now you can continue to learn about Ansible with these resources:

I hope you learnt something and my tutorial was useful : )

Reach out on my social-media accounts when you have any questions.

Thanks for reading,
Christopher 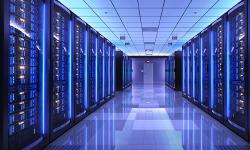 How to add custom symbols in EVE-NG 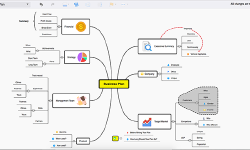 How Mindmaps help you study for your cerification (CCNA example)